Skip to content
Name Reaction Organic Name Reactions
January 24, 2020 Mudassar Husain 2 Comments
The Baeyer–Villiger oxidation is an organic reaction that forms an ester from a ketone or a lactone from a cyclic ketone, using peroxyacids (such as mCPBA) or peroxides as the oxidant.Such type of oxidation reactions was first reported by Adolf von Baeyer and Victor Villiger in the year 1899, and widely known as Baeyer Villiger oxidations. Such type of reaction is an example of rearrangement reaction involving the migration of a group from carbon to electron deficient oxygen atom.
Thus, a ketone can easily be oxidised to an ester by this method; esters so obtained can be hydrolyzed to the corresponding acids and this provides an altemative route to convert a ketone into a carboxylie acid as well. The reaction is applicable to open chain, cyclio as well as aromatio ketones, Straight chain ketones give carboxylic esters while oyelie ketones fumish loctones. Carboxylic esters or lactones are developed due to “Insertion of oxygen” an oxYgen atom from the peroxy aid
(oxidant) is inserted between the carbonyl group and one of the carbons attached to that carbonyl funetionality present in the reacting substrate molecule.
Alpha-Diketones take part in Baeyer-Villiger reaction to give anhydrides but enolisable p-diketones do not take part in this reaction.

Reagents: Some of the recommended reagents for Baeyer-Villiger oxidations are

For the first fifty years since the first controversy regarding its exact mechanistic pathway; more than one mechanisms were proposed in different times by different groups of chemists. However, a variety of studies on Baeyer-Villiger reaction from different angles resulted a generally accepted mechanism” (Scheme 1) for the rearrangement reaction. The reaction has been found to being catalyzcd by acid, and the rate of oxidation is accelerated by electron-donating groups in the carbonyl compound and by electron-withdrawing groups in the peroxyacid. It begins with nucleophilic addition of the peroxy acid to the carbonyl group to create a tetrahedral “Criegee intermediate”, which subsequently rearranges to ester or lactone. 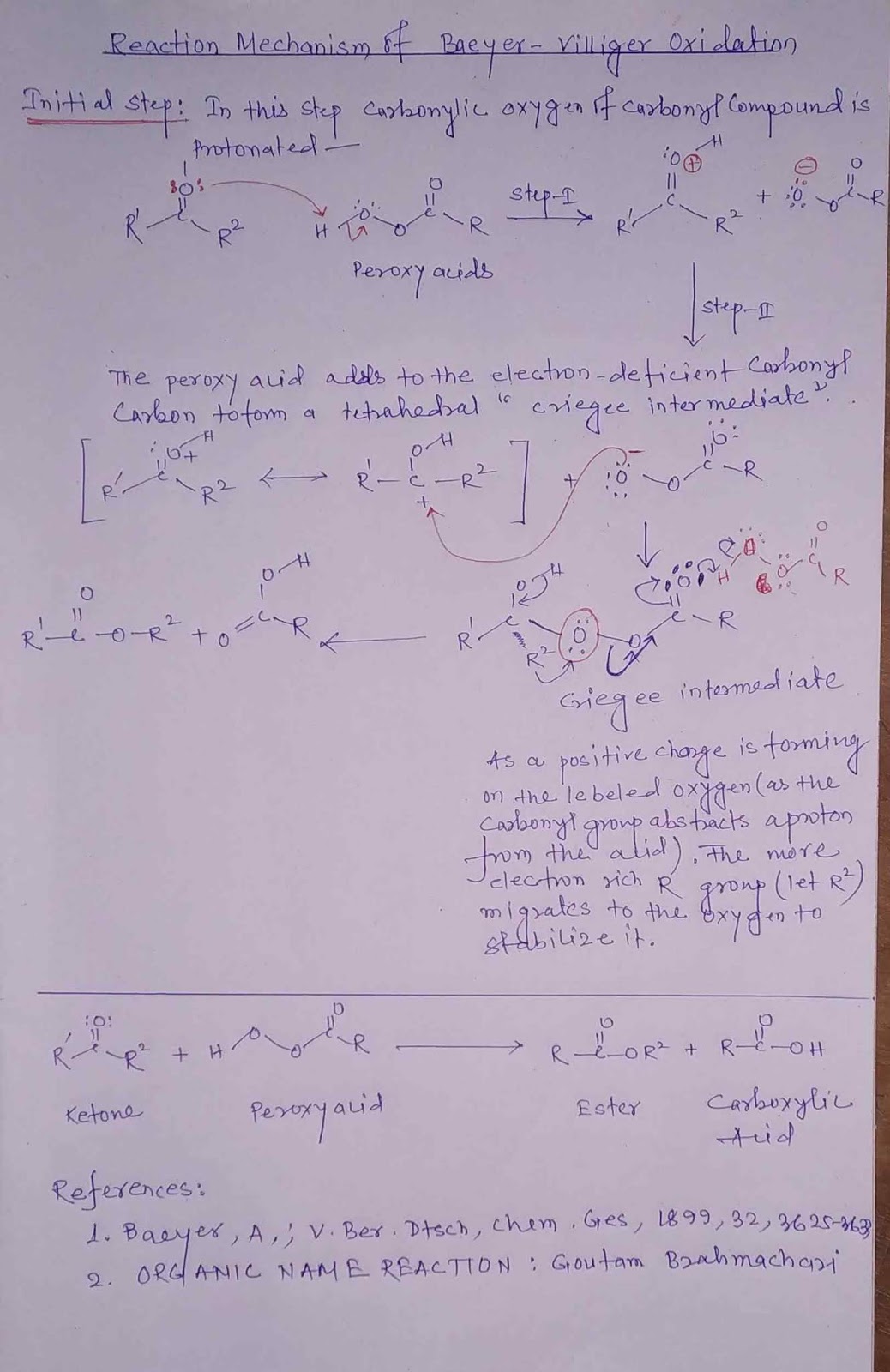 In case of unsymmetrical ketones question of migratory aptitude of migrating groups arises. From a study of a series of alkyl aryl ketones” studies” reaction has bcen found to be of the order:
tertiary alkyl > cyclohexyl 〜 secondary alkyl 〜 benzyl 〜 phenyl > primary alkyl > cyclopropyl > methyl.
Primary groups are much more reluctant to undergo migration than secondary ones or aryl groups, and this makes Baeyer-Villiger reactions regioselective (experimental observation in (Scheme 2). It is also evidenced that bridgehead r-alkyl group (e.g. 10) migrates in preference to the phenyl group, as evidenced from the experimental results of Hawthorne and Emmens. 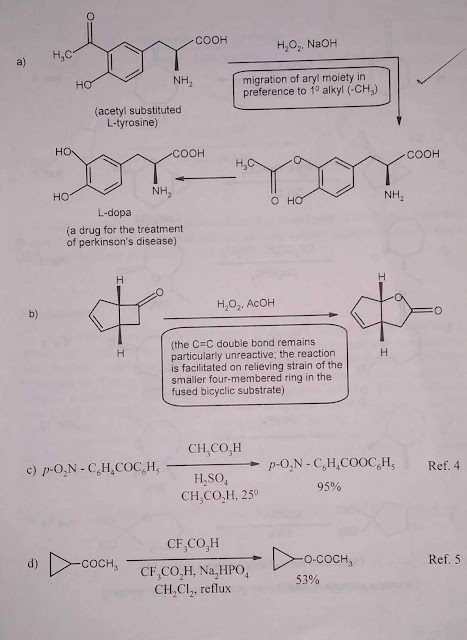 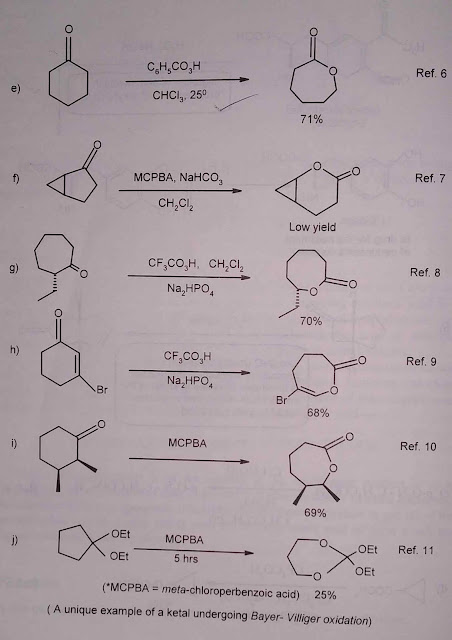 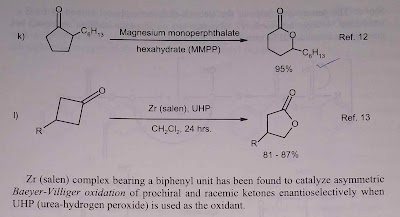