On March 20, 1995, the Japanese terrorist group Aum Shinrikyo (Sanskrit for “Supreme Truth”) released some sarin gas in the Tokyo subway system; twelve people were killed, and thousands
were injured (part (a) in the accompanying figure). Sarin (molecular formula C4H10FPO2) is a nerve toxin that was first synthesized in 1938. It is regarded as one of the most deadly toxins
known, estimated to be about 500 times more potent than cyanide. Scientists and engineers who
study the spread of chemical weapons such as sarin (yes, there are such scientists) would like to
have a less dangerous chemical, indeed one that is nontoxic, so they are not at risk themselves.
Sulfur hexafluoride is used as a model compound for sarin. 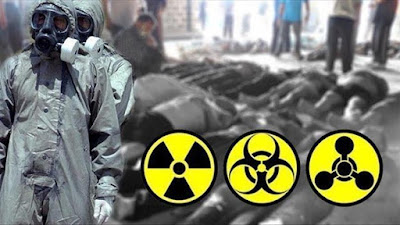